Blackberry moon,
moon of the blackberry month,
snags at me,
rips at my skin.

Star-gazers come
and get caught
in her sweet clutches,

but are overtaken
by a storm
with brittle, scratchy fingers
of lightning
that blackens out the moon.

Now we must wait
for the harvest moon
as she ripens
on top of the waters.

Note: This is Ethel’s contribution to the moon-night organized by Francha Barnard and Write-On Door County.

The Miracle Inside a Storm from Hell

Their misery growing as they splashed through streams
And felt huge clouds above the battered trees
That flung down branches as the sorceries
Of wind and hunger screamed and screamed, and screams
Into their fears, their hatred, useless dreams
The Preacher cultivated with an ease
That wasn’t true, not when the miseries
Of hell danced in the storm’s wild, fierce extremes.

And then, as if inside a miracle,
They reached a lonely church, the raging storm
So fierce they quailed inside its crucible,
And knew the light of God, their spirits warm,
The dreams the Preacher preached so lyrical
It made them feel, inside their hell, reborn.

Inside the Turning Wheels of Time

Inside the rhythm of the wagon’s wheels,
The Preacher, with his people crammed beside
Him underneath a false floorboard, untied
His consciousness from who he was, ordeals
He’d face for years now in the past, and reels
Of rainbow light exploded, amplified
A vision where he felt Ezekiel’s tide
Of prophecies burn like a fire that heals.

He saw his Promised Land, boats filled with fish,
A land of gardens lush as men could wish,

And in the garden of his vision, black
As midnight skies, a shining Adam spoke
A chant so sibilant with grace the almanac
Of hours turned like the wagon wheel’s spokes.

Note:  These two sonnets continue the series that constitute the beginnings of chapters in a book on a black community that existed on Washington Island before the coming of the Civil War.  These sonnets are part of the sequence that deals with the escape of people from the community from the plantations where they were enslaved.   The sonnets are written using a mixture of sonnet forms.  “The Miracle Inside a Storm from Hell” is a Spenserian sonnet.  “Inside the Turning Wheels of Time” is a French sonnet.

a photo essay by Sonja Bingen, our daughter 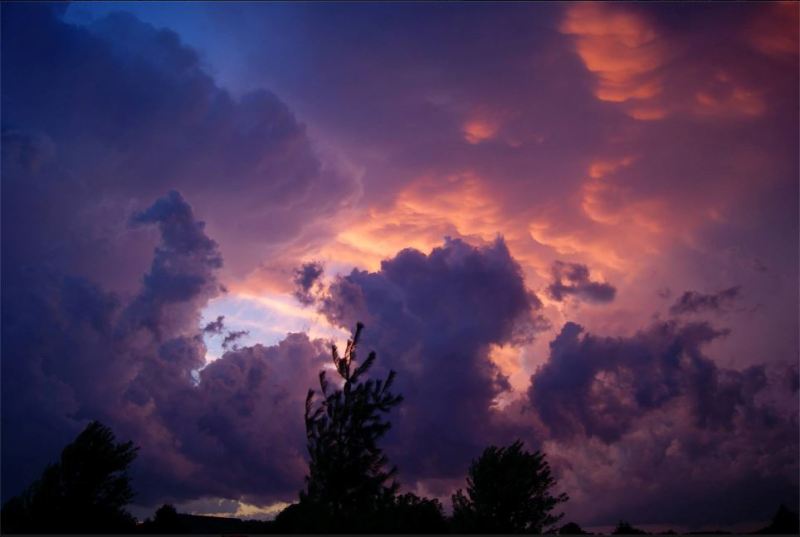 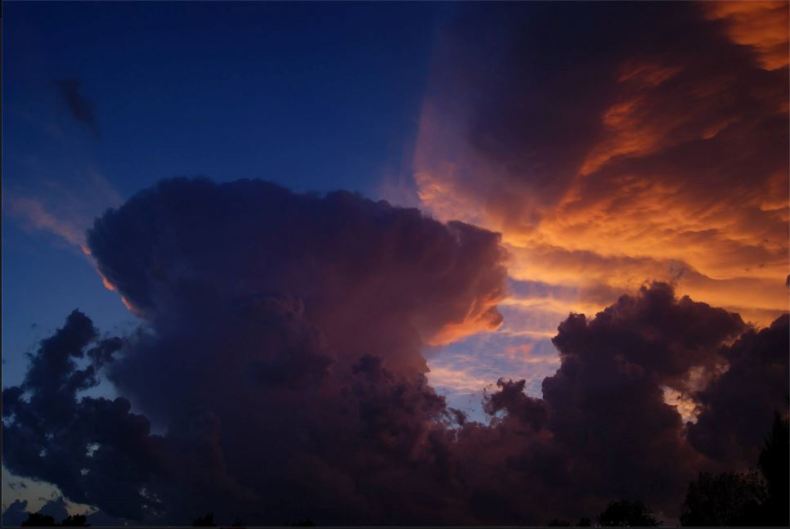 Outside winds howled with snow and bitter cold.
The phone rang: “Mrs. Davis?” asked a girl.
She sounded frightened. “Yes?” Her voice controlled,
too soft, the girl said, “Kevin…” Strong emotions swirled
into the howling of the storm, the cold, the snow.
“I’m scared,” she said at last. His mother caught her breath.
He’s hours away, she thought. It’s twenty-five below.
The roads are ice. This is a night for death.
“I’ll wait here with him, but you have to come.”
No cars were on the road that late at night.
She crawled across the miles, the constant drum
of howling winds accentuating fright
that made her fierce when, shaken, stunned,
she put her arms around her struggling son.

The whiteness wailed with wind-swept waves of snow.
Upon the ice, a dozen miles from land,
The huge man walked into the vertigo
Of emptiness and bitter cold that spanned
Horizons darkening into a night
Intense with clouds that suffocated light.

He heard the wolf before he saw its eyes
Gleamed yellow in accumulating dark.
Its panting separated from the cries
Inside the wind so subtly that the spark
Of fear that nearly made his legs give way
Seemed like the rhythm of the dying day.

The great wolf, coat as black as anthracite,
Loomed like a shadow from a stinging wave
Of snow, a darkness darker than the night,
A vision dredged from dreams born in a grave.
A heavy tiredness weighed inside the man.
The wolf kept eyes upon the path he ran.

As hours passed hours the universe became
A movement shared between the man and wolf.
The storm died down. At dawn a yellow flame
Along the far horizon’s edge unveiled a roof
Of clouds that felt as if they were a vice
Pressed down upon the endless miles of ice.

The man kept staring at the white expanse
Stretched endlessly away from where they were.
He felt his spirit caught inside a trance
Transforming time into a senseless blur
Of wolf breath, gusts of wind, and running feet
Staccatoed pulsing through his heart’s strained beat.

As evening gathered up the winter skies,
The great wolf growled and shocked the man aware.
The yellow eyes looked deep into his eyes.
The storm swirled deep inside the untamed stare.
He stopped. The wolf stopped, growled so low
The storm stirred winds and stinging waves of snow—

And then the wolf was gone into the trees
That forested the hills above the rocky shore.
Alone, but near to land, still not at ease,
He walked toward the cedars bent before
Him like a haven from the plains of white
As suddenly the ice was bathed in light.

Years later, sitting by a council fire
As dancers danced the heartbeat of the drum,
A wailing howl rose from the forest, dire
As if the ending of the world had come.
The big man stood, the council’s patriarch,
And walked, without a word, into the dark.

Encounter With A Gray Morph Owl

He saw the gray morph owl, its yellow eyes
A spectre deep in darkness, as he climbed
The ridge where birch trees ghosted, bent as skies
Shrieked cold and lake waves slammed against black stones.

Its whitish face, curved bill, and pointed ears
Leapt out at him the moment that he seized
The steep-slope sapling. Senseless, ancient fears
Gasped through his veins and, beating, spiked his heart.

Inside its cedar trunk, the owl, three times,
Sang, startled at his human face, and spread
Its wings as if it had the strength to climb
Past dread into a hunter’s surety.

He wondered at the madness that had forced
Him out into the storm, his restlessness
So powerful it stirred his sleep and coursed
Through legs that moved him out the door.

Ghost feathers touched his face and spooked the song
Wrung from the owl into his blood as whiteness
Whipped wildly out of sight in wind along
The ridge’s denseness edged against the sky.

He stood, knee deep in snow, the slope so steep
He hardly had the strength to stay upright
And longed to feel the warmth of lovely sleep
Out of the bitter cold beneath the snow.

The roaring waves, the wildness of the night,
Knifed down past flesh to marrow in his bones.
He turned and trudged toward the kitchen light
That meant a fire and shelter from the storm.

Back home, beside the fireplace, darkness seared
Into his thoughts, he took his pocketknife
And started whittling the way an owl’s eyes sheered
The wildness from the spirit of a man.

As cold as fish, as gray as slate, a bear
Rose from a foaming wave and walked to shore.
Above gray limestone cliffs a fiery glare
Of maples bent into the tempest’s roar.

Out in the lake clouds churned a waterspout
Into a weave of water, waves, and sky
As frenzied schools of salmon, whitefish, trout
Leapt from the wind-whipped waves and tried to fly.

The bear, eyes black as lodestone stone, stood, roared
Into the roar of waves and shrieking wind
And tipped its massive head, its voice a chord
That stilled the storm and brought it to an end.

As winter gnarled inside the bear’s black eyes,
Its breath spilled geese into the lake and skies.