This above article is about my newest book, Meditation on Ceremonies of Beginnings. John Looker wrote a great review of the book too:

Christine Reidhead has just informed me that The Los Angeles Tribune has put a second podcast I did with Christine on leadership on its website’s front page. We did ten of these in total, and the Tribune has told Christine that they have reviewed all ten and will be running all ten of them. How Christine talks me into these things sort of mystifies me, and then how she manages to get major national coverage for them amazes me even more. Her work at Navajo Technical University in the Navajo Nation as the head of the business department is amazing. Her list of scholarly publications in business journals keeps growing. Her founding of Afrika Rising!, a non-profit that works in Africa, has earned her multiple significant honors. She is much more extraordinary than I am. I have no idea how many magazines have had her on their front cover. I just know that it has been a lot of them. The Tribune also ran a long article about the second podcast in the ten podcast series to accompany the podcast’s availability. Here’s the link:
https://thelosangelestribune.com/2020/11/10/tom-davis-reveals-qualities-of-leadership-in-the-latest-podcast-with-christine-reidhead/?fbclid=IwAR1H9d1M8hatVEdg3XfJknSloDRnLouuZSuLou-thP0PBa3x8DxH0jHvbDU

Ethel and I have put up a new website for the small publishing effort, Four Windows Press, we keep developing. Our granddaughter, Phoebe Wood, has come up with a logo for the website, which is located at http://www.fourwindowspress1.com. Ethel likes the logo as a work of art!

after 11 inches of new snow

Little bird,
with wound on her chest,
comes to my water
each day.

Other birds
push her back,
but she is steadfast and stays.
She reminds me of you.

The first sunlight
that warms my body
in the early spring
after a long, cold winter
reminds me of you.

This morning, as the red, glowing mushroom
shone out from the dark forest floor,
an orange- red like no other,
it, too,
reminds me of you.

Beneath the Red Cliffs

The medicine man in his Hogan’s darkness
sees a woman he doesn’t know through an ancient crystal
handed from medicine man to medicine man
through thousands and thousands of years.
He feels heart-strength, spirit-strength,
sees her facing what is beyond the light’s weaving,
her beauty-song echoing and echoing
into the song of women, the spirit of women
who have forever given birth
and lived through the everyday turmoil of everyday
without flinching, trying to find the courage that is who she is.

Courage weaves a blanket from light out of the woman’s heart
into the texture of red stone.
It rises from the moment when sons were born,
patience was worn away as dreams and hopes were deferred,
as self honesty penetrated weaving consciousness
that tries to protect itself in the interest of shuttling
strength and goodness into the sinews and spirits of children.
Speaking softly, singing beauty, the Navajo woman walks
beneath cliff fire ignited by first light
beneath an impossibly blue sky.

The Navajo woman walks beneath red cliffs
in an impossible blue sky
as first light sets sandstone walls on fire.

What Kind of People are We?

Many people are hired
to view disturbing pictures
on Facebook in order
to take them off.

The video is so disturbing
that the people viewing these
cannot continue in their jobs
because they take home
these images in their heads,
and ghosts haunt them
throughout the night.

These are pictures
of rapes of men, women, and children,
and the killings and torture
of women and children and men
along with animals.

People viewing the images
have to leave their jobs with PTSD.

When Ethel and I traveled to New Mexico in February, I worked at Navajo Technical Univerity’s (NTU) campus three days a week while Ethel stayed in our small RV at the Ancient Way Cafe near the El Morro National Monument.  At NTU Christine Reidhead, who is the head of the baccalaureate program in Business, and April Chischilly, an Assistant Professor and long-term NTU employee, got me to agree to do podcasts about the tribal college movement.

I was totally unprepared even though Christine has, for some time, threatened to write my biography.  She refuses to understand that I am not important enough to have a biography written and is absolutely persistent.  When she dragged out and set up this array of equipment she had purchased out of a tribal college salary to do the podcast, I was not only shocked, but felt like I should cooperate.

The introduction that Christine did to the series is more than a little exaggerated.  I am in no way a legend, and though I was around the TCU movement early in its formation, primarily through my association with Helen Scheirbeck, my claim to fame would not be as a pioneer, or founder of the movement, but as someone who was lucky enough in life to walk with the giants that created what I would consider one of the most significant educational movements of the 20th and early 21st century.  I tried to get Christine to change the introduction to the series, but she just laughed at me and said she loved it.

I thought I’d post all of the podcasts here, one at a time.  I am hopeful, even though they are off the cuff and a little rambling, they might have some historical value.  I am, in the end, grateful to Christine and April for tying me down to a project that I would never have contemplated on my own.

Since I know nothing about podcasts, I should note that the first one seems to have been sped up in some way while the second one is not that way at all.  Still, this has been interesting.  The link to Christine’s work is below:

Others will follow over the next month or so.

Not long before our son, Kevin Davis, Alazanto, died of cancer, he traveled to Paris and did several photographs of the city. This is his photograph of Notre Dame, a memory after today’s fire. A double kind of memory for Ethel and I. He was an extraordinary web designer, photographer, artist, and poet.  The burning of Notre Dame creates a hole in the spirit of our humanity. 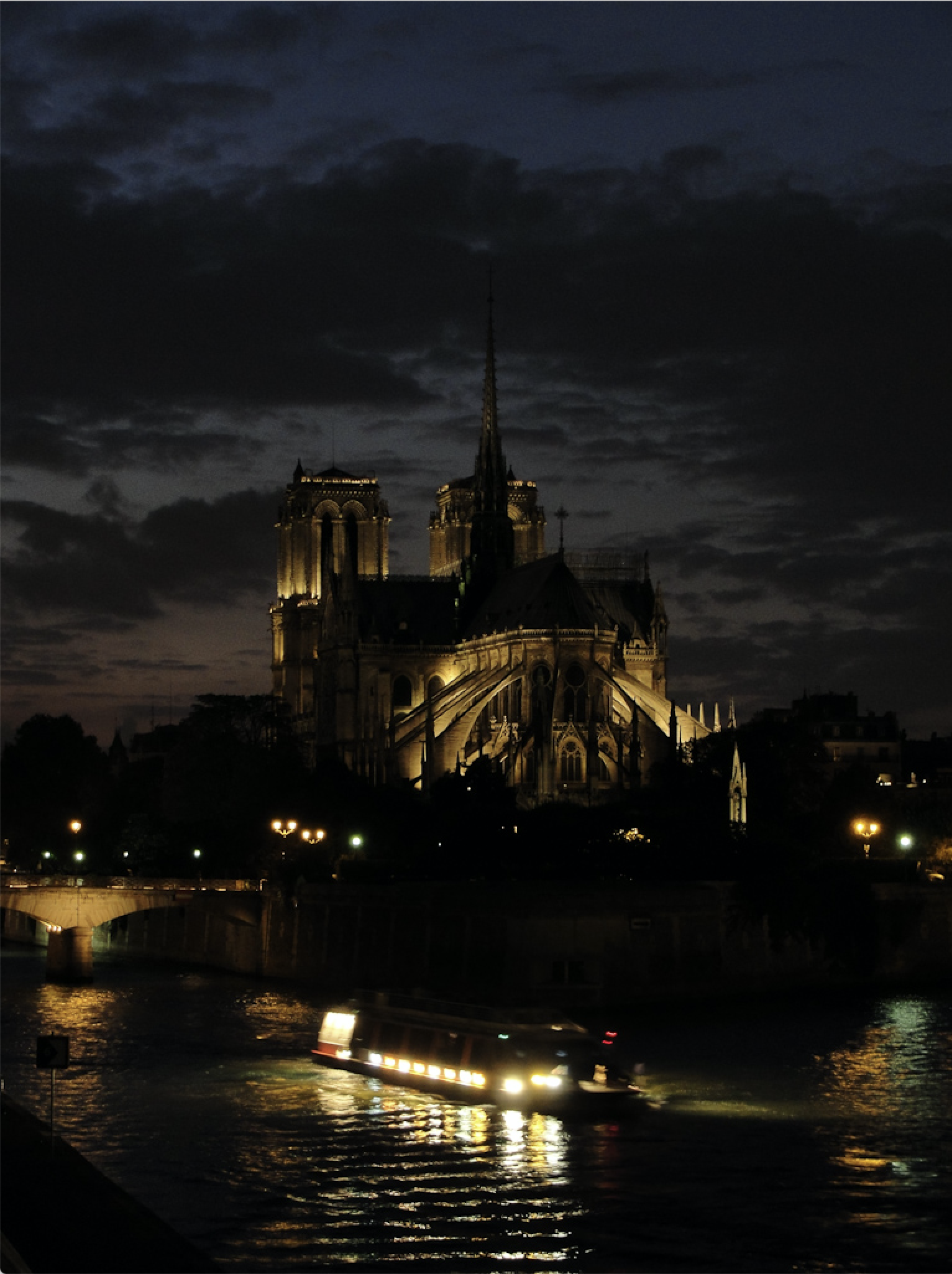 The Sky is a Color of Blue Like No Other

a repost by Ethel Mortenson Davis

“Exceptional people
came from there,
people that did extraordinary
things with their lives
and did amazing things
in the world.”

That place is
in the high desert mountains
where there is a crisscrossing
of invisible lines.

‘This is the center of the earth,
where creation started,
where you and I became,”

a no-nothing place
of mud and rock
and pinion trees,
where the sky is a color
of blue . . .